If you want to eliminate all poverty in 15 years, form a commission, right? 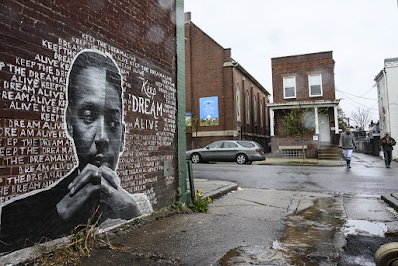 It's the Republicans that bring my blood to a boil. But it's always been the Democrats who bring out my worst cynicism.
Case in point -- Governor JB Pritzker and the Illinois Department of Human Services (IDHS) yesterday announced the Illinois Commission on Poverty Elimination and Economic Security. OK, that sounds like a nice thing to do. I mean, if you're going to completely eliminate poverty and close the racial/wealth gap, the first thing to do is form a commission, right?
Next, you have to set the commission's goals.

You read it right. Pritzker's new commission aims to eliminate ALL poverty in the next 15 years and a month. And they wish to accomplish this, I suppose with a legislature seemingly bent on cutting retirees' pensions as a way of balancing the state budget.

Also remember, this is a governor and legislature that couldn't rally enough votes in this blue state, to pass the FairTax amendment?

I mean, these are essentially the same pols who finally passed a $15 minimum-wage bill, but one that takes 6 freakin' years to take effect.

The Commission, which is set to meet just twice a year, is made up of 25 members: four members of the State General Assembly; one member of the judiciary; and twenty public leaders who "represent key constituencies that are impacted by poverty." Members were appointed by Pritzker, Senate President Don Harmon, House Speaker Michael Madigan, Senate Minority Leader Bill Brady, House Minority Leader Jim Durkin, and Chief Justice Anne Burke of the Illinois Supreme Court.

From my point of view, these names would be more apt to appear atop a Widening the Wealth Gap Commission.

I'd be willing to guess that if everyone in the state made their salaries and were covered by their health insurance plans, the problem would be solved. Ah, let's do that.

Yes, I'm cynical or at least suspicious. But I'm also willing to give it a try and if the guv appointed me, here are some suggestions I would make to at least start narrowing the great divide between rich and poor. Don't worry, I'm not suggesting killing all rich people and taking their money. That would be illegal and probably wouldn't work anyway.

But this might... First, guarantee a living wage for all workers and a guaranteed minimum wage for everyone. Second, implement Medicare For All or some form of single-payer, universal healthcare. Third, extend free public education from Pre-K to 16 and beyond.

Best of all, it wouldn't take 15 years to do these things. Most or at least many countries have already done them. But a prereq is the complete reform of the tax code and making the wealthiest pay their fair share. Yes, as I pointed out, they just tried this and failed. Well, try again and try harder.

How's that for a start? Let's see if Pritzker's Commission will touch any of these with a 10-foot pole.

They hardly even touch the deeply-rooted issues of race and gender inequality. It took many years in this, the world's richest and most powerful capitalist country, to create this great racial-wealth gap. Closing it in the state of Illinois will take time and great struggle and it will take a lot more than another bureaucratic layer. First, there must be the will and cynical me doesn't see that coming from the top.