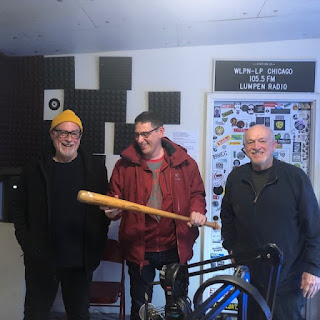 On yesterday's Hitting Left show, Fred and I interviewed CTU President Jesse Sharkey about the 2019 teachers' strike and found lots of common ground. As readers of this blog know, while we supported the teachers' demands and walked the picket line with the strikers, we've disagreed with current CTU leaders on some issues, including their equating the city's first black, gay, woman mayor, Lori Lightfoot, with her predecessor, Rahm Emanuel. Here's part of our interview where we ask Jesse about his own take on Mayor Lightfoot.

FK: But am I wrong in feeling that your argument made during the lead-up to the strike and the strike itself was that the new administration was fundamentally not different from Rahm Emanuel’s and that there was this characterization of Mayor Lightfoot as being “Rahm2.0”?

JS: Yeah, you’re wrong in the sense that we characterized Rahm as “Mayor 1%”, you know, as a “corporate shill”. We picketed his house…The thing about Rahm was that he was such a clear corporate figure who had taken a year-and-a-half off from government work to make $16 million as a stock trader or private equity guy.

And that’s clearly not Mayor Lightfoot. She’s not in that same category. The thing about Lori Lightfoot is that she had made a series of promises. But at the negotiating table, she wasn’t putting those things in writing into the contract.

MK: I’ve got lots of quotes here but I’m not going to throw them all at you. But it’s pretty clear that the union leadership was referring to the mayor as “Rahm2.0” or worse in some cases. But now, you’re saying that’s not your take?

JS: No, I just don’t think it's accurate. And I think there are ways, in the heat of battle, that people say all kinds of things polemically or rhetorically. But I don’t think the overall way in which we conducted our strategy…You didn’t see us picketing the mayor’s house or calling her “Mayor 1%”. You know, you’ve got 25,000 people...