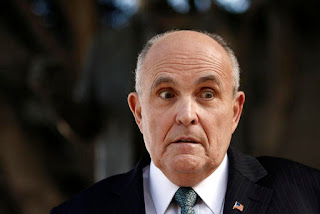 Dr. Jeffrey Epstein upon being taken down by police


As officers struggled to put him in handcuffs, Dr. Epstein was pepper-sprayed. Dr. Epstein, who is white, repeatedly yelled out “Oh, my God” and, in one profanity-laden line, that he was being treated like a “black person,” the video shows. -- New York Times

Sen. Elizabeth Warren trying her best to save capitalism from itself


My big new bill, the Accountable Capitalism Act, would restore the idea that big American companies should look out for their workers, not just their shareholders. Why do we need to pass this bill? Just look at what’s happened since the #GOPTaxScam passed. -- Twitter post


Our system of capitalism is functioning well as evidenced by the plethora of U.S.-based companies that are dominating world markets and whose stocks are at all-time highs. -- CNBC


“We’re tired of being stepped on, when these billion-dollar corporations are getting all this money and then they forget us. They forget that we’ve made these places five-star, world-wide-class hotels. …. They want to take our healthcare, they want to take our medicine.” -- Chicago hotel workers vote ‘overwhelmingly’ to authorize strike