You’ve now been the Secretary of Education for a few months and I have to say, we’ve moved from being freaked out to understanding that you are who we thought you were. -- Open Letter to Betsy DeVos 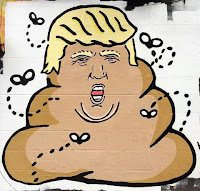 
“I just fired the head of the F.B.I. He was crazy, a real nut job. I faced great pressure because of Russia. That’s taken off...I’m not under investigation.” -- New York Times

Trump to reporters in Saudi Arabia


“One of the things that we will discuss is the purchase of lots of beautiful military equipment, because nobody makes it like the United States.” -- Washington Post