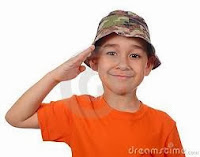 A Small Talk salute goes out to the new school board in Pittsburgh for giving the boot to TFA before its recruits even had a chance to put boots on the ground.


.“I really don't see Teach for America as a program to help us,” said new Pittsburgh Public Schools board member Sylvia Wilson, a former teacher and former official with the Pittsburgh Federation of Teachers.

The latest round of testing madness shows that poorer urban school districts once again score lower than wealthier suburban ones. Anyone surprised here? Some testing mavens like Arne Duncan, are spinning the results of the 2013 Trial Urban District Assessment (TUDA) as an improvement for districts like D.C., where scores went up a few points. But "these huge cities still perform dismally," writes Huffinton's Joy Resmovitz.


"It's not a causal model," said Mark Schneider, a vice president at the American Institutes of Research, who used to oversee the Education Department's research arm. "I get very leery when people say that 'This shows that X happened, DCPS is doing everything right and we should be learning, it's had spectacular gains since 2003' -- we really can't do that. Demographics in D.C. have changed. The city is a different city."

More evidence showing that if we REALLY want to improve measurable learning outcomes and close the so-called "achievement gap" (a term you rarely here any more -- thank goodness) we have to recognize the correlation between test scores and poverty. Otherwise we are simply cheering the whitenizing of the cities.

DEMS SPLIT OVER TAXING THE RICH

Clinton-ite think-tankers at the Center for American Progress are trying to assure the hedge-funders and corporate 1%ers that they needn't worry about a Hillary election win. CAP Pres. Neera Tanden,  an alumnus of the Clinton White House, downplays concerns about Democratic "wealth distribution" strategies. But the issue has become the centerpiece in the struggle between contending Democratic Party factions headed nationally by the centrist Clintons and the more progressive-leaning Elizabeth Warren group. Warren has called on big banks to disclose donations to centrist think tanks like Third Way. It seems the victory of New York mayor Bill de Blasio has really got the Third Way-ers worried.
Posted by Mike Klonsky at 6:05 AM