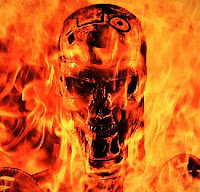 Hedge fund school reformer Whitney Tilson, whose best quotable ("There's a very fine line between what all of us do, and fraud") was reported here a few weeks ago, now advises Arne Duncan to ditch his turnaround plan. His single strategy for neighborhood public schools?

That hedge fund multimillionaires have embraced the charter movement may seem odd: their own children are unlikely ever to see the inside of a neighborhood school, and there are more traditional routes to social prominence through philanthropy, like support of hospitals and cultural institutions. But to those who know the sociology of Wall Street, it makes sense. Charter schools appeal to the maverick instincts of many who run hedge funds. (Fashion & Style section of New York Times)

Forget all that crap about instructional leadership. Duncan says principals need to be CEOs.

"We have to treat them as such, and we have to train them as such," he says in this new podcast, the second in a series of interviews with some of the nation's brightest leaders. (US News)

In the end, it is time to stop thinking of school as preparation for real life and instead show students that the time they spend in school can be a vital and enriching part of their very real and very important lives. (Chris Lehman in Principal Leadership)