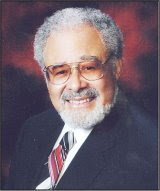 I'm mourning the death of a friend, community leader, teacher, jazz aficionado and all-around good guy, Jim Wagner and offering my condolences to his wife Almarie. I'm grateful that I got a chance to know Jim and work with him to help save his beloved alma-mater, DuSable High School, from system's wrecking ball.

From the Chicago Tribune:

Back in the heyday of jazz in Hyde Park, more than half a century ago, everyone from Billie Holiday to Charlie Parker played the neighborhood.

But the scene began to wither in the late 1950s, when "urban renewal" bulldozed the tenement buildings in which so many clubs and saloons operated.

No one did more to revive jazz in Hyde Park in recent years than James Wagner, a retired public health administrator who devoted more than a decade to the cause.

Thanks to him—and those who joined his campaign—jazz now thrives Sunday nights at the rejuvenated Checkerboard Lounge on South Harper Court and at the annual Hyde Park Jazz Festival, which draws thousands to venues across the neighborhood.

Mr. Wagner, 75, died of lung cancer on Saturday, Jan. 10, en route to the hospital from his Hyde Park home.

"He has been instrumental in bringing jazz back to Hyde Park," said Chicago pianist Willie Pickens, who lent his name and talents to many of Mr. Wagner's efforts. "He was very determined to drive this thing, at all costs—to get jazz into this place or that place. . . . He had a dream and he stuck to it, and consequently it paid off."

Mr. Wagner's love of the music was stoked at DuSable High School, on the South Side, which he attended when its celebrated band program was led by Capt. Walter Dyett.

Jazz giants such as Von Freeman, Johnny Griffin, Johnny Hartman and Dorothy Donegan mastered their craft under Dyett's tutelage, and Mr. Wagner—who briefly played in the school band—reveled in the music.

"Jazz permeated the social atmosphere of young people at DuSable in the late '40s and early '50s," said author-scholar Sterling Stuckey, who attended the school with Mr. Wagner. "By the time we were 13, we were listening to Sarah Vaughan and Dizzy Gillespie and Miles Davis. . . . It had to have an effect on you."

Mr. Wagner spent his career working first as a Chicago public school teacher, then as an education director at the Chicago Urban League and as dean of students at the School of Public Health at the University of Illinois.

In the 1990s, after he had retired, he began advocating to reignite jazz in Hyde Park. When the Checkerboard Lounge blues club was closed by the city in 2003 for code violations, Mr. Wagner approached owner L.C. Thurman about moving the venue and featuring some jazz.

"I asked L.C.: 'Would you be willing to come to Hyde Park?' " Mr. Wagner told the Tribune in 2005, when the new Checkerboard opened in a building owned by the University of Chicago. "And he said, 'I'd go to Winnetka if I could get my club open.' "

At first, the Sunday-evening jazz sessions attracted four or five listeners, and "Jim was going into his own pocket paying the musicians," recalled pianist Pickens.

But the scene caught on and has become a nexus for jazz in Hyde Park.

Mr. Wagner and associates dreamed even bigger in 2007, partnering with the University of Chicago and the Hyde Park Cultural Alliance to conceive the first Hyde Park Jazz Festival, which drew more than 5,000 listeners. The next year's turnout topped 15,000.

"I think that [success] was one of the highlights of his life," said his wife, Almarie.

The festival's main stage was named in Mr. Wagner's honor at last September's event, a tribute he acknowledged before a standing-room crowd.

In addition to his wife, Mr. Wagner is survived by two daughters, Cecily and Cynthia.