The good ones are leaving us too soon.

As everyone has heard by now, former CTU Pres. Karen Lewis passed yesterday, leaving a tear in my eye but also great memories for me to hold on to. Some of my fondest include our (Susan and my) occasional breakfast meetings at Meli's on Wells Street just to touch base and have a few laughs.

Another was from an event we held for Jonathan Kozol back in 2012. Kozol had the crowd on its feet, applauding as he talked about the inspiring effect the Chicago teachers' strike was having on teachers and supporters across the country. Kozol said he first heard news of the strike at a book tour event in Los Angeles. When a teacher in the audience announced that teachers in Chicago had walked out, “the roar of the crowd delayed the program for several minutes.”

But the loudest prolonged ovation that evening was reserved for Karen Lewis. It broke out spontaneously as she entered the sold-out Thorne Auditorium and Northwestern Univ. Law School. Karen spoke briefly, introduced Kozol, and then embraced the author in a show of unity.

After the event, a group of us went out with Jonathan and Karen to grab a bite at Maggiano's. I don't remember the dinner conversation at all. But what I do recall was the stream of random folks who instantly recognized Karen and wanted to shake her hand. One woman spotting Karen from across the large room raced over to our table to give her a bear hug. She turned out to be a suburban teacher who wanted nothing more than to tell her fellow teachers that she had met the great Karen Lewis. 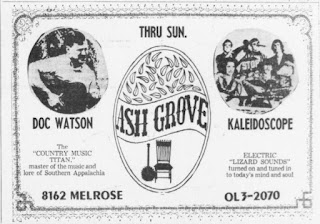 R.I.P. ED PEARL... Another sad moment came yesterday when I learned that an old friend from my L.A. days had died. Ed Pearl was the owner of the Ash Grove, the place where the music and the movement all came together for me back in the '60s. Regulars there included: Ry Cooder,  Lightnin’ Hopkins, The Byrds, Buddy Guy, John Lee Hooker, Howlin Wolf, Albert King, Freddie King, Big Mama Thornton, Big Joe Turner, T-Bone Walker, Johnny Guitar Watson, Taj Mahal, Bonnie Raitt, The Chambers Brothers, Maria Muldaur, and many others.

Ed was also a political activist who used his club and his resources to support civil rights and anti-war movement organizers as well as struggling artists and musicians. He will be missed.

A question for all my old great friends and comrades out there. Where the hell are you all goin'? What's the rush?