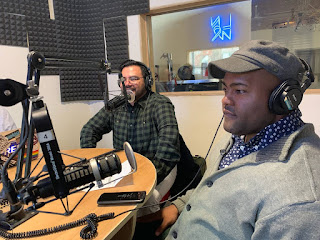 Nowhere is this more evident than in city policies of closing dozens of schools in struggle south and west side communities while opening up new charter and selective enrollment schools on the north side. This tweet from the parent group, Raise Your Hand, brings the contradiction into clear focus.


Cory Stevenson pointed to the impact the closing of two southside Target stores could have on his community and relatives in terms of loss of hundreds of jobs and access to basic needs for families that don't have cars.

The Target store closings are symptomatic of the structural disinvestment and erosion of public space and public decision-making now taking place in predominantly black and Latino neighborhoods. This includes the closing of schools, clinics, stores and other city services, making many areas of the city uninhabitable.

While across town, gentrification has created a housing crisis for poor and middle-class, mainly Latino families in neighborhoods like Logan Square. This, according to Diaz, who is the housing organizer at Logan Square Neighborhood Association (LSNA).  LSNA has been organizing community meetings and marches to protest high rents and support affordable housing projects.

While supporting the push for new rent-control laws, Diaz doesn't think current emphasis on lifting the ban on rent-control is the best tactic. "My fear is that we're talking about a campaign that may take 10 years and in the meantime, families are losing their homes and rents are climbing, making affordable housing out of reach."

Instead, LSNA is pushing for a "community land trust" where a nonprofit, community-based organization develops and stewards affordable housing, community gardens, civic buildings, commercial spaces and other community assets on behalf of a community.

At our holiday family gathering this week, we will take a moment to remember Chicago's greatest mayor, Harold Washington, who suffered a fatal heart attack the day before Thanksgiving 30 years ago. Today the city is more in need of a mayor like Harold, than ever.

Instead, big-money corporatists and old-line machine Democrats have jumped into the race following Rahm Emanuel's departure and they appear to be sucking up all the air and money from the campaign as they try and push out upstart progressives. The shakeout will begin in earnest after Nov. 26, the day that nominating petitions are due. Without a big campaign war chest and paid staff or ward organization to round up the needed 12,500 valid signatures, several of the early runners are likely to drop out. Actually, campaigns really need to collect at least double that amount so they can withstand a challenge.

More on that to come. But for now there two developments in the past week that caught my attention. The craziest came from candidate Bill Daley, who more than all the others, combines the worst of big-money corporatism with old-line machine politics. Daley, trying to outflank former top-cop, Garry McCarthy as the law-and-order candidate, says he wants to have thousands of camera-equipped drones flying over the city.

He tells the Sun-Times:


“I’d have as many cameras as we could buy so the people could feel safer wherever they’re at … I’d have a camera on every block in the city if I could.”

Chicago’s network of 29,000 public and private surveillance cameras is already billed as the largest “federated” system in the nation. But I'll bet there's a Daley family member or close business associate who'd be thrilled to get that drone contract. Kind of like Rahm's red-light camera plan.

The other recent development is the entrance of Susana Mendoza into the race. Mendoza, who has always been viewed suspiciously by progressives as a Rahm/Madigan machine puppet, is now staking out progressive territory and trying to outflank frontrunner Toni Preckwinkle on the left. She promises to stop school closures, including the closing of embattled National Teachers Academy, the re-opening of the clinics closed by Rahm, and support for an elected school board.

You can believe her or not. But for now at least, other candidates will have to respond on these issues.

Dizzying!
Posted by Mike Klonsky at 10:03 AM