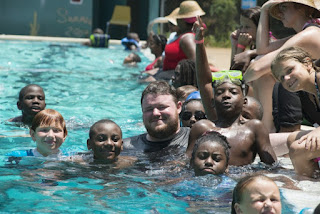 Testing companies continue to perpetuate the myth of the so-called "summer learning gap", where children supposedly forget most of what they learned in the classroom in a matter of a few weeks of vacation. If this were true, it would speak more to an irrelevant school curriculum than anything else. But it's not true.

According to an article by Sarah Shupe in today's Edweek,


...what students forget over the summer becomes more damaging over time as students make less progress during the school year, according to an ongoing study by NWEA, the Northwest Evaluation Association.

"As kids grow less and less during the school years, they are still seeing the same summer drop—so they are losing proportionately more," said Megan Kuhfeld, a research scientist at NWEA and the author of the study.

According to this theory, kids grow dummer and dummer as they progress through school and therefore can ill-afford to spend more time playing and with their friends and families.

NWEA tracked the reading and math test scores of students grades 3 to 6, and nearly 40,000 students from grades 5 to 8 in an "unnamed southern state" and concluded that the more time they spent with family, fishing, working, at summer camp, hanging out with friends -- or whatever students do on vacation in this southern state -- the less bright they got.

Not only that, but things got worse as the kids grew older.


On average, students lost about 2 points out of a possible 250 each summer in reading, and a little more than 4 points each summer in math. But as the charts below show, students gain less during each school year as they grow.

In other words, hardly anything measurable that was being taught in their schools lasted in children's consciousness for more than a few weeks. This generates an obvious call for perpetual schooling and even more standardized testing.

But it should be even more obvious to the evaluators that students continue learning during the summer, the same way that they learned before they were in school, experientially and largely through play. How well they learn depends on what kind of learning and play experiences are available to them in their family and community life. But that's true within school as well.

Authentic learning is deep and enduring. It goes on all the time, all year round, including summer. Perhaps especially in summer. If children lose academic skills over the few weeks of summer, then did they really ever learn those skills?

Then there's the question what's tested, what's not tested, and how real learning is measured. Reading and math scores are but one small indicator.

All this leaves open the question of what happens when these kids graduate, become adults and spend the rest of their lives forgetting how to solve a quadratic equation, the shape of states on the map, or the color of Laura Ingalls dress. Do we call that the life slide? Hopefully, what stays with them are critical thinking and life skills, habits of the mind and body.

I think it was Albert Einstein who first said it: "Education is what remains after one has forgotten everything he learned in school?"
Posted by Mike Klonsky at 5:07 PM