"1968 was the perfect storm that crystallized the differences in society." -- U.S. News


When Senator Abraham Ribicoff, of Connecticut, was giving a speech, the mayor of Chicago, Richard Daley, shouted at him, “Fuck you, you Jew son of a bitch, you lousy motherfucker, go home.” -- New Yorker, "Lessons from the Election of 1968"


Every kid can learn, but every kid can learn differently at different times. Some kids need more time than others. Some have learning disabilities. Some don't know English. A full 10% of our kids are homeless, and as long as we continue to ignore that, we won't be serving them no matter how often we give them the meaningless label of "college ready." -- NYC Educator 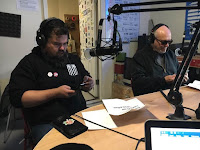 
We really do need to envision what organized labor looks like and it's not always going to look like money taken out of your paycheck to pay for representing you at the negotiating table. States and different locals are approaching it differently. But people have to feel like they're together, part of a union...Changing that mindset is going to be key to their survival. -- Hitting Left

In 1969, you have founding of the Gay Liberation Front, the AIM occupation of Alcatraz, and the formation of the League of Revolutionary Black Workers, in 1970 you have the Women's Strike for Equality and the student strike against the Vietnam war. The groundwork for this is 1968
— Dave Zirin (@EdgeofSports) January 1, 2018

Erica Garner. A warrior in the long tradition of black women who see someone they loved ripped away from them and even in their mourning somehow love us enough to stand, to speak, to fight for something better. In your honor, in your name, we can never give up.
— wikipedia brown (@eveewing) December 30, 2017